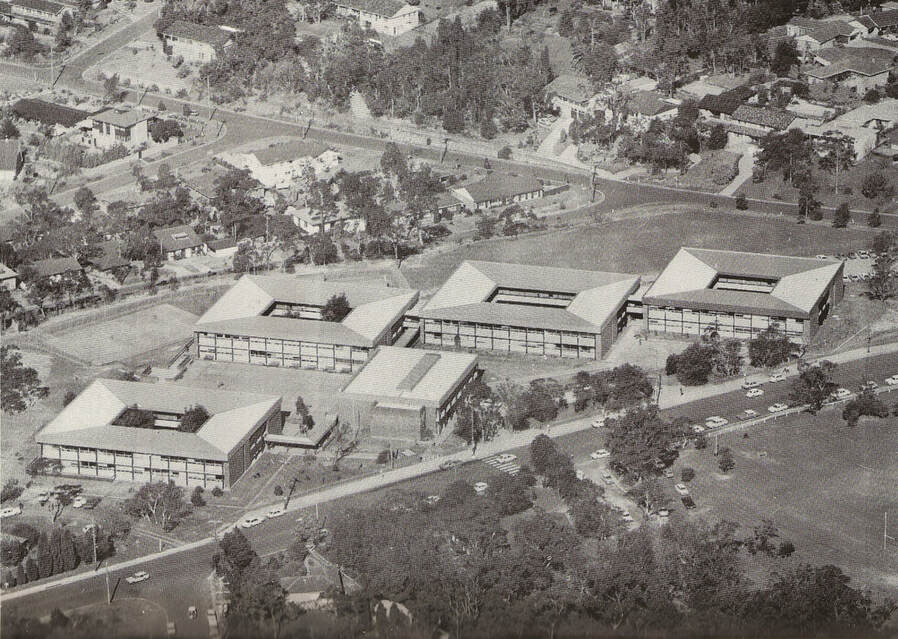 In 1970, KHS students and teachers moved into the completed Stage 1 buildings of A, B and C Blocks. There were 480 students in three forms. [The word ‘form’ was the old term used for years, eg Form I = Year 7]

In 1970, KHS had a presentation ceremony of the library. One of the organised features was the transport of palms from Lord Howe Island.  Ceremonial scissors were organised; official invitations sent out; a dias was set up; the gates were painted; and the grounds attractively set out. A Mr Ward gave KHS the palms and a Captain Maundrell arranged for their transport from Lord Howe Island!

In 1970, the school orchestra was started.

In 1970, two demountable classrooms were erected. Had six new Form 1 [yr 7] classes been formed in 1971, these two additional rooms would have been inadequate for KHS’s needs. With only 5 new classes, it was possible to accommodate all class groups by making use of the Technical Drawing rooms, Art and Needlework Rooms for smaller elective groups.

In 1970, the English/History Department was the first official department to be established at KHS, as is the custom of most new schools. The required number of periods had to be maintained for two years. Even though it was the largest department in the school, by 1971 KHS only had a combined total of 143 periods. When the number reached 300, separate English and History departments were to be created.